Ready for the May 2019, the Exeter Cycling Campaign issued a ‘Manifesto for Cycling and Walking’ in the run up to the Exeter City Council elections.

"The Exeter Cycling Campaign has been disappointed that the commitments in most party manifestos either aren’t attempting to address the challenges the city faces or lack boldness and vision the city needs. We wanted to lay out our vision for the city and what we need to do to tackle the significant challenges of climate breakdown, pollution, congestion and inactivity. The Exeter Cycling Campaign isn’t fielding candidates at the Exeter City elections in May. However, the ‘Manifesto for Cycling and Walking’ gives a benchmark against which the different party manifestos can be compared."

Manifesto for Cycling and Walking

2017 - Our Letter to the New Councillors

The Campaign has written to all successful County Councillors in and around the city to congratulate them on their election and offer to work with them positively over the next few years to build a better city, with cycling at it's heart.

This is what we've asked each of these Councillors :

We can take stock, with some pride, of the fact that as members of the Exeter Cycling Campaign we've got cycling onto the agenda in these county elections.

We were targeting the 9 city seats in the County, that's 36 candidates...plus the St.Thomas city council by-election. Together as a Campaign we're aware that we've made at least 51 contacts to 32 candidates.

From some of the candidates' responses there's a clear awareness that enabling safe cycling is something people are calling for.

In addition the Campaign contributed to the recent election hustings, asking a formal question and contributing to the ongoing discussion.

That's the first step achieved. We'll be writing to all successful candidates as soon as they are announced to engage with them further.

The Exeter Cycling Campaign aims to encourage Councillors to have a bold vision for Exeter. We seek to help Councillors see that they have an important role to play in putting cycling at the heart of the city's response to the challenges we face of pollution, congestion and unhealthy lifestyles.

To subscribe to Exeter Cycling Campaign's Newsletter please enter your email address in the subscription form.

The Newsletter is published about once a month and is occasionally supplemented by notices of specific events such as workshops or socials.

The Cycle Campaign is strictly non-political but ideally we would like the Councillors themselves to become advocates for enabling cycling in the city.

The elections present an opportunity to engage with all prospective Councillors in and around Exeter to demonstrate the strength of feeling in support of enabling more cycling amongst their electorate and the businesses of Exeter.

Some of the things you can do include: 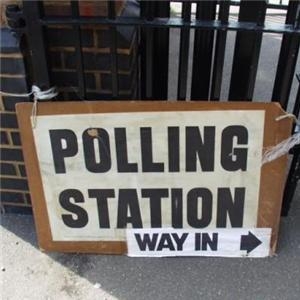